Recently I did some pair programming and code review with a developer, we added deep links into our Android application. All in all that's a pretty simple task.

During the cycles of code review and pairing I realized that I first recommended to use one technique during pair programming, just to argue against it in a later on in code review. That made me think - Do I have some type of split brain thing going on here? Why do I flip flop like that? 🤔

Let's look at code: The first version I saw (slightly modified) was this:

Well this is overly complicated, if I would put it into plain language it would be: 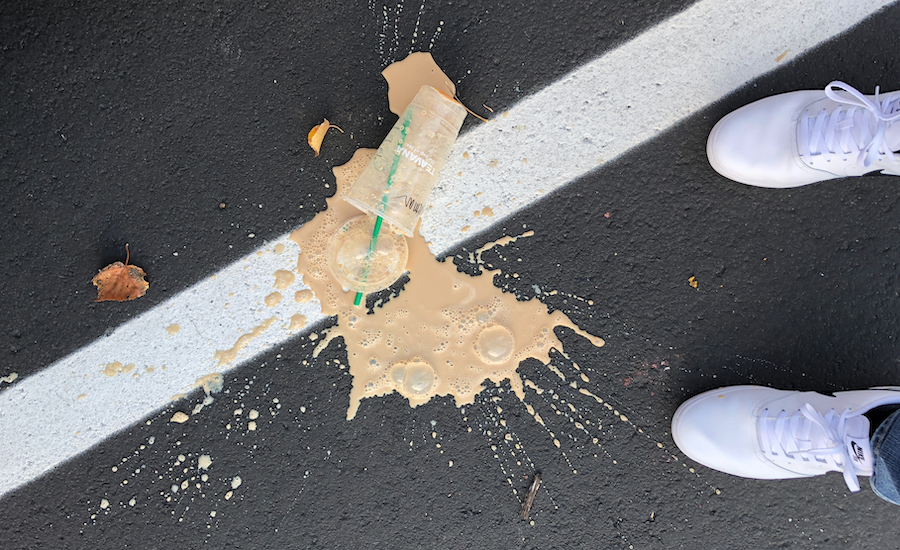 Nobody wants to hear that. If I say that to you then your ears will start bleeding.

Not to speak of the indentation, it's horribly hard to read. This piece of code goes to great efforts to conceal its intent!

I suggested to simplify the conditionals and remove that indentation by introducing bouncer-style if checks. Moreover there's a design issue here that we conflate 2 concerns: (1) adapter code that translates between framework and our logic and (2) our own logic, which should be independent of Android specifics (like Fragments, Activitys and Intents).

My guy split the concerns and added the bouncer code, resulting in the below:

Now that's a lot easier to read, the indentation is essentially flat (ignoring the bouncer return statements) and we actually do a couple of more checks. Note also that the adapter code of checking if the Intent's nullability and if it has the correct action is not here (that's handled in the adapter layer as it should be).

But reading this I think: isn't that a bit verbose for the simple checks we do? Can't we reduce this to just a single conditional? Wouldn't that be more explicit?

So we arrive at:

This is the final version, which is arguably more explicit and less complex than both previous iterations. In normal language:

If the URI has our deep link schema, host and path we do the thing.

Now that's a sentence! You hear it – you get it. That's what the code should be like.

But I did tell my guy to

The poor guy must be thinking I enjoy making him jump through hoops to appease my sense of aesthetics. And I can see why he would get that idea…

Underlying this is more than a pattern, a technique, a specific design or a trick: I want the code to be explicit. All code should be explicit. This is such a universal guideline for me that I think it's a … *drumroll*

Style, taste and aesthetics are too subjective for my taste, so let's define a software development principle that I use to guide my decision making. Rather than detailed prescriptive solutions (“use bouncer code”, “use strategy pattern”) is a high level rules that I instill in my development teams.

Principle: a basic idea or rule that explains or controls how something happens or works

So get ready for…

Now this may sound basic at first glance, but bear with me.

Programming is communication with other programers. Therefore we have to strive to explicitly communicate the intent of our software.

Code should read like a story to the (to a reasonable extent) initiated reader.

Kent Beck recognizes that in his rules of simple design:

So if that's all over 20 years old, surely we all do this already, right? I wish….

Let me walk you though a couple cases I encountered “in the real world"™️, examples in which the code was less than explicit about its intent.

Spring is a web framework, it has a lot of features and many people use it. Still I dislike Spring for the single reason that they make it damn hard to know what's going on! The significant code, the one that actually implements your business logic that – you know, makes all the money – is buried in a pile of annotations. This is only partially spring's fault, you don't have to do it way. But in reality I see code bases doing it that way. Here is an adapted example of some real java code that someone (with far more Spring experience than me) has written:

That's 12 annotations and 23 lines of code before you get to the point. That is not explicit, that's the opposite.

Similarly the data driven test code for class (this time in Kotlin) is a mess:

All the effort you have to put in just to write a test… and slow running complex ones at that. I don't think we have to dive into the details here.

Ok so if Spring somehow makes people write hard to read code, what are some other options?

How about Node.js + Express? Let's look at another adapted real world example (again authored by somebody who is a more experienced express programmer than me):

Now this does most what the above Spring code does. In about half the amount of code. So express definitely facilitates more concise code. And I argue that just by that fact it already is more explicit that the Spring example. Nothing is buried in boilerplate here. Sure you may not know all the details of the Router or of the supertest package, but that is equally true for Spring's WebApplicationContext or the @Validated annotation. That's totally fine, explicit doesn't need to be verbose. We don't know all the things, that's why we read documentation.

What I'm getting at is that the express example explicitly communicates its intent. The spring example does not.

We could have done the same exercise with ktor, sinatra, flask, rails, etc. In this case the problem is not Java (although in many other cases it is) and even the spring project itself is trying to dig itself out of that hole with spring fu.

Rails advertises and delivers convention over configuration. As a result the average rails codebase is more readable and communicates intent better than the average spring codebase.

Spring on the other hand often ends up in the “obfuscation over convention” corner.

Here's Another real world example from a team that operates k8s clusters as a service for application teams. They have different environments (development, staging and production) and provide a Jenkins job to deploy to each of them, i.e. 3 jobs. They decided to use a single Jenkins pipeline for all jobs and hardcode the credentials specific for each environment in the job config, for example the job deploying to staging environment has the env = 'stg' parameter hardwired in Jenkins web UI.

Here's the conditional logic of that pipeline, without the actual operations in each stage:

…now: tell me what stages run for action = deploy and env = dev? Can you tell? I can't, not without wasting effort untangling the mess. This pipeline obfuscates intent and control flow.

So my team split up the pipeline into 3, one for each environment:

Now let me ask again: which stages run when we deploy to the development environment? Pretty obvious now, because there are no more conditionals in any of the pipelines! Isn't that much more explicit?

Ok, but that's maybe not perfect, there are some concerns you might raise

See how something interesting happened there? Because we follow a this principle of “Make It Explicit!” we are empowered to violate the programmer common sense of “duplication is bad!".

Similarly following the principle lead us to identify a design problem: the pipeline clearly had multiple reasons to change, in other words: multiple responsibilities. By following our plan to make the code more explicit we also applied the single responsibility principle, without even thinking about it.

I have more examples of code that obfuscates intent, code that needs to be more explicit - but I think you get the point.

What is It Good for?

In summary: a lot of code is damn hard to read. Not because of programming languages or frameworks. Because programmers follow rules of thumb (reuse everything always, use annotations instead of code, etc.) without asking themselves: is this in line with my/our development principles? This is the first of the principles me and my teams follow, I'll write about the other ones in following posts - here's a shortlist:

This is a work in progress, non-exhaustive and specific to my professional environment – but it's what I've got so for 😄. Let me know how principles affect your design & development and about your principles - maybe I'll steal some…